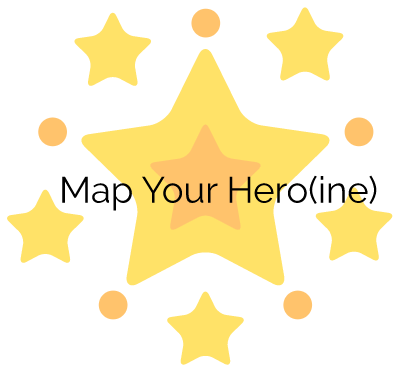 This project aims to map the representation of heroes and heroines in fiction and their adaptations. Literary characters, or adaptations, provide important role models for readers or viewers, shaping their view of society and themselves, and by extension shaping their lives. How, then, are these crucial characters represented? And how are they adjusted across cultures and media? Map Your Hero(ine) aims to create a website and database that makes these representations and their changes, or lack thereof, insightful and invites students and general readers to contribute by mapping their favourite heroes or heroines.

The envisaged site will combine elements from Van der Deijl’s personagebank and Underwood’s site on gender visualisation but will go beyond these by allowing for a comparison between characters and by broadening the scope to a range of aspects, including, but not limited to, gender. For example, the site will offer a (visual) comparison of the handmaids in Atwood’s novel and those in the Netflix series of the Trump era; or Jane Eyre in Brontë’s 1848 novel and Fukunaga’s 2011 film version with postcolonial elements; or Peter Pan in 1908 and in Spielberg’s 1991 swashbuckler.

Taking its cue from the EMP Project Mind the Gap [BG1] (2017-2019, stressing the link between teaching and research), the new project includes student research in both its developmental stage and in the expansion of the character data base.